Chatting through the internet has now become the most common way for communication, and it is the cheapest way to communicate even if you are sitting across the opposite ends of the map. Instant Messenger is software which allows chatting with your friends and family at anywhere and anytime. No internet user can live without instant messenger as they have to communicate to the people instantly.

Instant messaging is not just used for personal use they are more important for businesses for providing support to clients. You can assemble all your team mates across the globe and have a conference meeting through video chatting and audio conversations. Today instant messenger are not just left for the live chat they are gone beyond that you can do video chat, file sharing, Voice call and yes live chat too. These Instant Messengers are serving a lot of masses in many occasions and are widely used.

We have listed below 7 Best Instant Messenger Software who are popular and most used by the internet user.

Google Talk has now been replaced by Google Hangout messenger. It is developed by Google Inc. and is available for the Android, Microsoft Windows, Intel Mac OS X 10.5 or later, GNU/Linux, and Google Chrome OS. 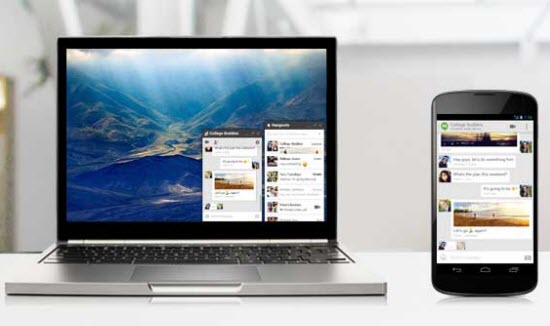 Yahoo messenger is one of the oldest messengers which was firstly released on March 9, 1998 with the name “Yahoo Pager”. Yahoo messenger is an advertisement-supported instant messenger with multiplatform compatibility, which supports Microsoft Windows, MAC and Linux OS.

Yahoo messenger offers all the services texting from computer to computer, phone to computer, computer to phone, file transfers, webcam hosting, text messaging and chat rooms in various categories. In addition to instant messaging features, it also offers (on Microsoft Windows) features such as IMVironments, address book integration, setting up of status, BUZZing and music-status.

Another added feature is modified avatars.

Skype is most popular and most used software for online texting and video chat. This is not an end to the feature of Skype you can share files with anyone in the worlds.

Another amazing feature of Skype is that you can make calls to mobile phone and landline anywhere in the world at low rates as compared to normal calling rates. It also supports the feature of group chat up to 10 persons at a single time.
Skype is available for all Windows and Mac versions, as well as you can also download Skype app for your Smartphone, which is available for all the platforms Android, iOS and Blackberry. Skype is the best free instant messenger software these days.

The latest version of AOL messenger is lighter than ever with a new and easy to use interface. The new feature that has been added to AOL Instant Messenger is that you can add a number of accounts like Facebook, twitter and You Tube that helps you in connecting with friends and family in real time.

You can also add the features you want with AIM Plugins Games, stocks, & more and can send messages to your buddy’s cell phone from your AIM desktop.

ICQ is an online media company with millions of users worldwide. The ICQ instant messenger now offers integration between Instant Messaging and Social Networks with the newest ICQ version. Today, ICQ is widely used worldwide; through the desktop application or as a Mobile App.

Digsby is a multiple functional instant messenger software developed by dotSyntax, LLC. It gives you one combined friends list for all your AIM, MSN, Yahoo, ICQ, Google Hangout, Jabber, and Facebook Chat Accounts on the same interface to chat and multiple conversations with tabbed conversation windows.

On Digsby, you can also get e-mail notifications via POP, IMAP and webmails like Hotmail, Gmail, Yahoo Mail, and AOL/AIM MaiAOL. You can also send emails to your friend’s right from the IM window. Finally, Digsby also supports alerts and newsfeeds from MySpace, Facebook, Twitter and LinkedIn thus keeping you updated all time. You receive alerts of events such as a new friend requests, messages, group invites, etc.

Trillian connects to multiple instant messaging services and represents each service with a different color sphere thus removing any chance of confusion. Trillian is one of the best chat clients for your desktop and phone and lets you in the chat mode if you switch from desktop to mobile, you can also update Facebook, Twitter, LinkedIn, and Foursquare accounts at the same time and above all it is very simple to use and fast to operate.

We have listed 7 Best Instant Messenger Software for you hope you all are going to like it. We will be waiting for your response and share with us the messenger you use.